Our guest in Part 17 of OWNDAYS MEETS is Fujiwara Katsuaki, a former professional motorcycle racer who is currently the coach of the Kawasaki Racing Team. We speak to him about his journey moving from motorcycle racing into coaching and of his plans for the future.

Why led you into motorcycle racing?

Actually, I wasn’t interested in motorcycles at the beginning. When I was 8 years old, a new pocket bike circuit was built near my home. My dad who was into motorcycles brought me to the circuit but I didn’t like it at all. I remember being made to ride in jeans and hoodie whereas the other people all wore racing suits.
My mom used to pick me up after school and I would practise until it got dark. That was basically how I spent my childhood. I got faster with more practice and became engrossed in it unknowingly. When I came to realise it, I had already become a professional racer. 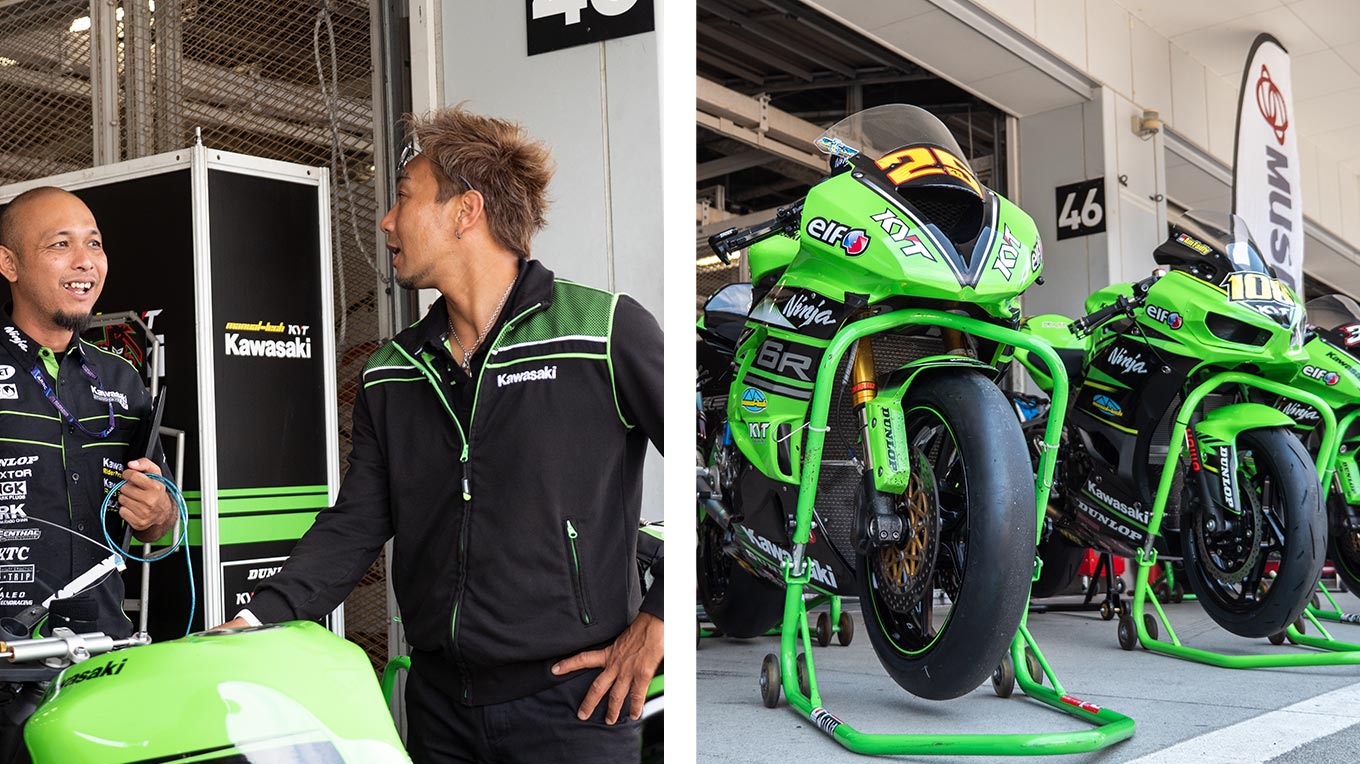 What has been the most memorable episode as a motorcycle racer?

It has to be the opening race of the 2005 Losail Superbike World Championship in Qatar. The motorcycle I rode didn’t have a tachometer on its instrument panel and I had never practised starting that type of motorcycles. Usually when I start the engine, I’ll check the tachometer to determine when to engage the clutch. So at that time, I started the engine by guessing the number of revolutions per minute based on my gut feeling and the motorcycle stalled. I became the last one in the race.
However, I tried to catch up right after that and eventually made it to the first with just 3 laps left to go. In the end, I won the race and was 7 seconds ahead of the next rider. I had many different races after that but this was such an intense race that I can still remember vividly even now.

What made you decide retire from racing in 2014?

I’ve hardly talked about it actually. 4 years ago after winning the Suzuka race, I went to Kawasaki Heavy Industries’ head office to discuss the contract for the next season. When I was in the meeting room with the executives, I sensed that the atmosphere in the room was a bit different from the usual. And it was then when they asked me to be the coach of the Kawasaki Racing Team.
I had, of course, wanted to continue being the top racer but I thought it would be a nice retirement for me after winning the last race. I wanted to maintain my image as a fast rider instead of moving into coaching only when I was going downhill. Offering me the position as a coach to lead the team was a huge recognition and that was one of the biggest reasons I decided to retire and move into coaching. 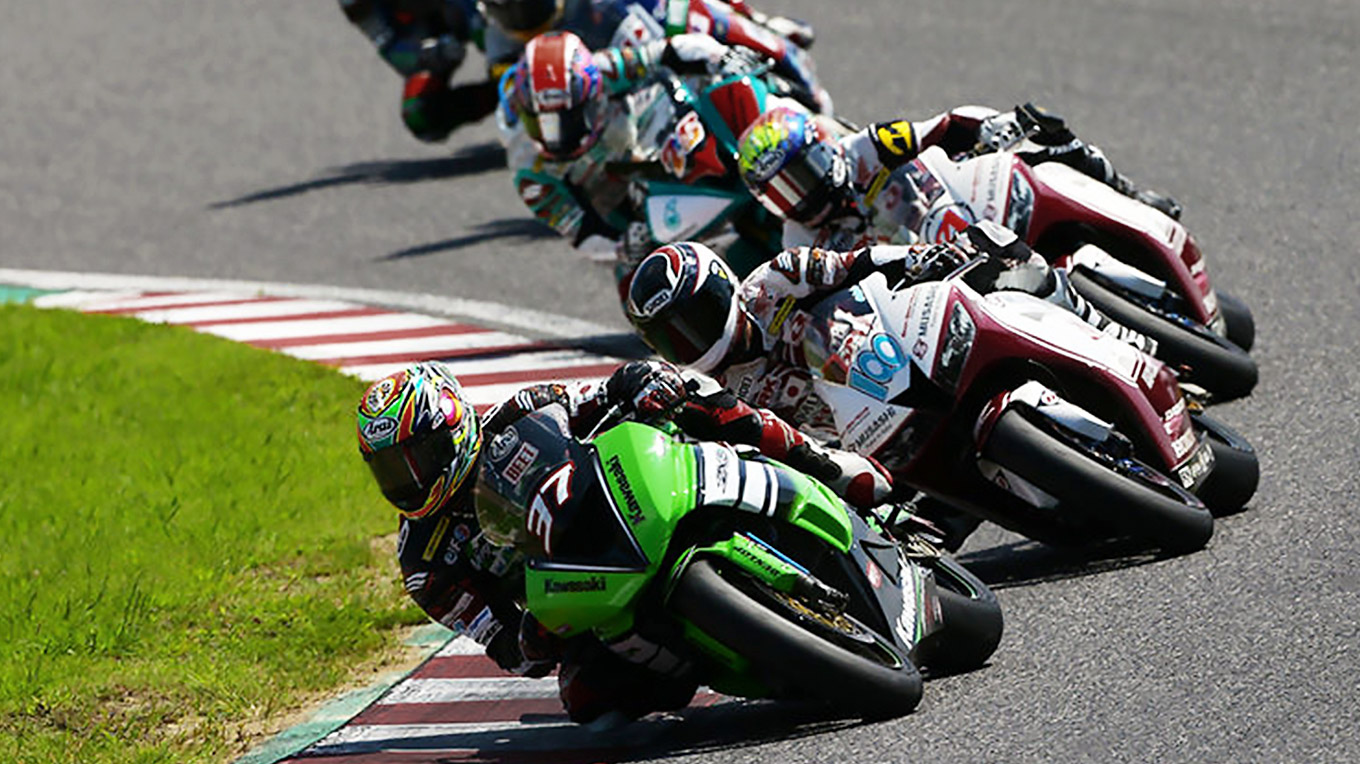 What advantage do you have?

It is becoming a coach right after my racing career and having collected data on the good and bad as well as the setup of motorcycles after working on motorcycle development in the last 10 years.
I’ll be able to know the situation the motorcycle is in just by looking at the data, even if the circuit has changed or if a rider has any feedback. The motorcycle currently used in races is also developed and used by me. That’s why, I do understand the rider’s feedback and can resolve any problem with the know-how I’ve acquired during my time as a racer. I think this is my advantage for having worked on motorcycle development all this while and for moving into coaching right after my racing career.

What is your next goal?

I coach the riders on various things and I hope to claim the world title with the young riders in the Kawasaki team. I had raced in world championships during my 13-year racing career but I had never clinched any titles. I had only clinched titles as a rider and as a coach in the Asia races so I really hope to help the young riders shine on the world stage moving forward. 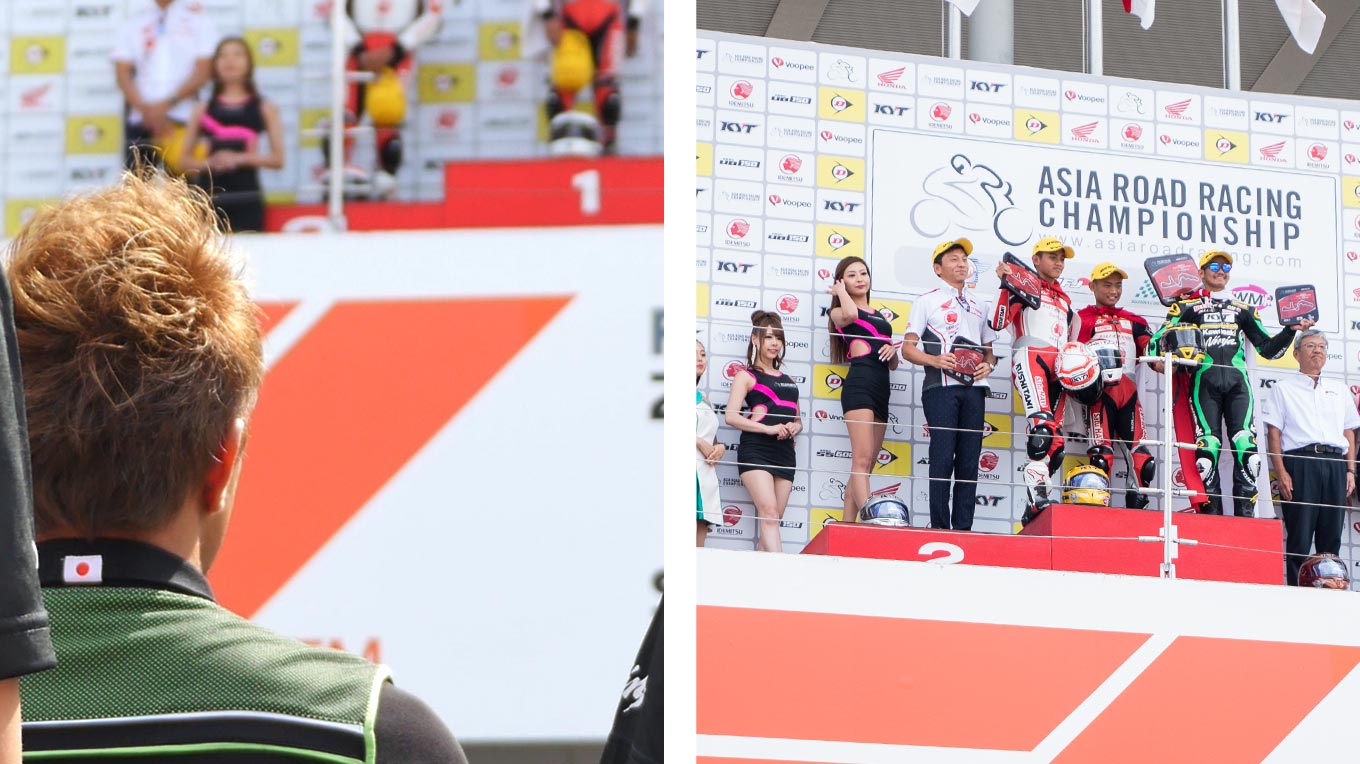 I’m a sunglass maniac so I own hundreds of sunglasses. The key factor when it comes to picking a pair of sunglasses is that it must look cool. Different designs create different impressions. Sometimes I’ll choose an outfit just to match the sunglasses.
The pair of sunglasses that I’ve chosen this time is really cool. It’s comfortable to wear and the design is great. You’ll know how cool it is when you actually wear it.